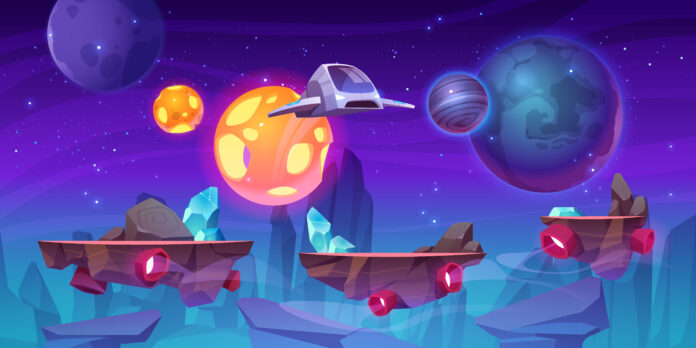 How to Benefit from P2E

P2E (play-to-earn), a term newly used by the gaming industry, refers to a class of Web3 software and applications that give users a chance to make money while using the programs and playing games. Players can receive rewards for achieving objectives in games built on the P2E game development model.

Players can also obtain non-fungible tokens and cryptocurrencies, which can be exchanged for cash. Many people all around the world have chosen to make this area of the economy their main source of income.

Because of improvements in blockchain technology, gaming has advanced so much. In-game currency can be earned by players, they can win prizes with real-world value, and they can use blockchain markets to buy and sell physical goods as well as virtual ones.

Players have a wide range of possible earning opportunities when they use NFTs, games, and platforms like Decentraland and Cryptovoxels. You might not, however, be able to make money with P2E. The amount you earn may vary based on the value of the game’s native currencies and the NFTs you earn, how much time you commit, and the strategies you use to play.

How Can P2E Earn Me Money?

There are various ways to make money in games, particularly through NFTs:

Getting the in-game virtual currency:

P2E games have their own native currency that may be obtained by meeting the requirements for entering the game and then exchanging it for fiat money. Play-to-earn games range from those where you start the game and your avatars do all the work for you, to those where players must actively participate in the games to win rewards. The value of the virtual currency you use, how frequently you play, and, to a large part, how talented you all affect how much money you make from playing video games. Nevertheless, there are some games in which skill is irrelevant.

One of the many ways that players may earn money in blockchain games is through the process of minting new items. Players can create wearables, 3D objects, and other collectibles in games on metaverse platforms like Decentraland and Cryptovoxels and profit from the sale of these creations on Web3 markets. Participants in Cryptovoxels have the chance to make up to 10% of the cost of their in-game inventions when they sell them, thanks to smart contracts that are based on blockchain technology.

Renting out virtual characters is what scholarship in blockchain P2E games (like Axieinfinity) entails. Players team up to rent characters from a “manager” so they can play games, win money, and divide the winnings. Scholarship guilds typically include the management and the scholars (the players). The NFTs are technically the manager’s property, but the scholars borrow them in order to play the game. The guild’s members share equally in any in-game rewards received.

Staking is the term for locking your tokens to earn incentives, much like scholarships. Making your tokens available to other users so they can partake in token exchanges is known as staking.

You must keep your tokens in storage for a certain period of time, called an epoch, before becoming eligible to collect rewards, which are frequently derived from transaction fees.

Gaming is changing as a result of play to earn. That is if you like playing computer games. The more effort you put in and the more expertise you gain utilizing the platform, the more money you can make. We hope that we have given you some enjoyable ways to generate money on the metaverse.

How To Grow YourBusiness In A ShortTime!

How to Use Google AdWords for Your Business

Menu Board Controller: How to create your own menu board

Why Accreditation Is Important When Choosing A School

The Best Starbucks Locations near Me Now

Up Your Style Quotation With Affordable Professional Earrings | BeautiesbyHand

Get a Expert Tattoo Artist in Arvada

How to Use Google AdWords for Your Business

The Top 5 Reasons You Can’t Rank Your Website On Google!