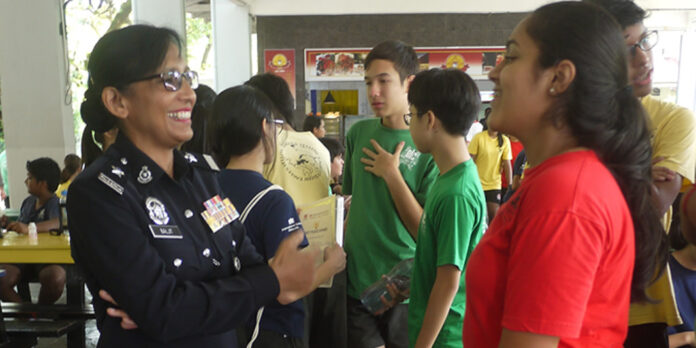 “Spare the rod and spoil the child” A phrase we have heard and believed over the ages. Is it still an effective parenting skill to discipline our children?

Smacking is not legal in 60 countries. Sweden was the first country to ban smacking way back in 1969. Many have followed since. In March 2019, the Welsh Government published a bill removing ‘reasonable punishment’ (smacking in other words) as a method of disciplining a child. This was considered to be a strong message to the rest of the United Kingdom (UK), especially since corporal punishment remains legal at home in most of the UK.

In the United States (US), smacking is still legal at home but not in school. However, smacking is not considered to be an effective method of disciplining a child in the US. In an article published by The New York Times in November 2018, it quotes a survey conducted on 1,500 paediatricians in the US: 74% of them do not approve of smacking and 78% think smacking seldom or never improves a child’s behaviour.

An effective method of disciplining a child has been a topic of immense research over the years. The American Academy of Paediatrics has published several papers on this subject in which they have vehemently discouraged Smacking as an alternative to discipline. Their publication entitled ‘Positive Discipline Strategies’ suggests the following disciplining methods instead of resorting to smacking:

THE POWER OF CONSEQUENCES

Using consequences helps you to impose discipline in a way that teaches your children responsibility and accountability and encourages them to look inward to learn how they can do things differently in the future.  The consequences need to fit the magnitude of the crime so that the punishment is reasonable. For example, not finishing homework can mean loss of internet time. This also enables children to understand the importance and resulting consequences of their misdemeanours. Paediatricians believe that a logical connection as well as consistency between actions and consequences are an integral part of positive parenting. As noted, author Barbara Coloroso says: “It is not the severity of the consequence that has impact; it is the certainty of it.”

A great way to discipline a child is by creating an open environment at home where children feel free to discuss their problems with the family. This can be built into the daily routine by having family quality time where members share their day to day activities. This strategy is especially useful for adolescents. Family meetings are a safe and relaxed environment where the child gets an opportunity to explain their behaviour. This also helps parents come up with solutions to problems faced by the child. Family meetings have a great impact on children hence should not be restricted to problem situations only. They can also be organised for pleasure occasions such as planning a family outing or general discussions about how the day went.

Whilst as a parent, you are in control, nevertheless your child should not feel completely out of control also! Allow your child to negotiate while deciding on the punishment. However, make it clear that certain behaviours are non-negotiable such as verbal abuse or stealing.  Most deeds will hopefully be negotiable… letting your child negotiate will give the impression that you are a reasonable parent and will improve your relationship with your child. This will also enable your child to learn negotiation from an early age – a critical skill in today’s world.

As parents, you might have a lot of things to say, especially when a child has misbehaved. But as the good old saying goes – ‘silence is golden’. Silence makes a bigger impact on children than words, especially those spoken out of anger. Taking away the privilege to speak for an hour or so will calm your child down and give him/her time to think about the mischief committed.

Facing repeated bad behaviour? Give away an item of your child to an orphanage or a goodwill organisation. Parents have found this to be useful especially for repeat misdeeds. Having the child to hand it over personally is especially effective. Choose an item that your child likes for this purpose and threaten to give away the child’s favourite toy if the deed is repeated.

Choose your battles wisely. Not all misbehaviour needs punishment. Ignore the little ones to make an impact on the major ones. Some of the behaviours can be for seeking your attention too. It is best to channel your attention somewhere else. Pretend you can’t hear your child or don’t respond to such behaviour. However, don’t punish as well.

TEACH YOUR CHILD HOW TO MANAGE EMOTIONS

Smacking does not teach your child anything. Instead, talking calmly and understanding what the issue is can help. Is she feeling low? Has there been a problem at school? Fight with friends? Understanding what your child is going through and listening to him without judgement will help your child build Self Esteem. If there has been a problem at school, address it. You can meet the teacher and work together to find a solution. This kind of positive approach will increase your child’s faith in you too!

elc International School uses a combination of different methods to discipline students. Any student found misbehaving is handled carefully but sternly. A set of procedures are outlined in case of any disciplinary issue reported. Repeated disobedience is dealt with a consequence based disciplining approach. A teacher or the Student Welfare Director speaks to the child one on one to understand the student perspective and if needed he or she is referred to the counsellor.

There is no rule book for disciplining a child. Disciplining, as opposed to punishing, is all about training. It is the idea that we want to guide, instruct, inform and teach our children HOW to behave instead of punishing them for misbehaving. The goal of discipline isn’t short-sighted – it isn’t specific to one problem area.  There is no one way which might suit all as each child and the parent is unique and so are the teachers. By adopting age-appropriate techniques, it is possible to discipline a child without resorting to smacking. Together parents and teachers can make a positive difference in a child’s life.

The Honest to Goodness Truth on Asian Girls

Everything About Yoga Teacher Training in India

Huge Gain With A Humble Beginning